INSURANCE PLAN NOT PERMITTED TO “CROSS-PLAN” RECOUP AGAINST PROVIDERS

Apr 03 Posted by MDRXlaw in News and Updates 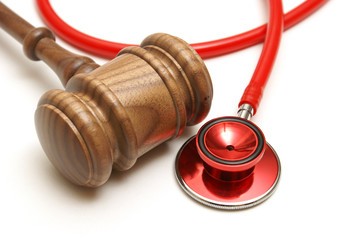 A Federal District Court in Minneapolis has issued a highly favorable decision for physicians and healthcare providers on the limits of an insurance plan's ability to recoup.  Specifically, the court ruled that insurers can only recoup against providers from the same health plan that the alleged overpayment was issued under, even if the insurer administers other health plans that the provider is enrolled in.

In the ruling, U.S. District Judge Patrick Schiltz held that the nation's largest insurer, UnitedHealth Group Inc., is not permitted to "cross-plan" recoup, a practice that we frequently see."Cross-plan" recouping or offsetting occurs when the insurer or plan administrator/manager withholds reimbursements owed to offset alleged overpayments to the provider for different patients enrolled in other health plans or networks administered by the insurer or administrator/manager. The ruling came in the context of two proposed class actions filed by health care providers against UnitedHealth.

Judge Schiltz issued the ruling on contractual grounds, holding that the terms of the health plans administered by UnitedHealth did not authorize the "cross-plan" offsetting.Indeed, the court held that almost all the plan contained specific overpayment and recovery language to the contrary.The court further noted that contractual language aside, the practice was also arguably impermissible under ERISA, the Federal law that sets minimum standards for certain established pension and health plans.

The ruling may have wide application.Insurers and third-party payors commonly recoup or offset against physicians, pharmacies, and other providers across multiple insurance lines, contracts, or networks. Moreover, the ruling was primarily made on contractual grounds. As such, if being threatened with an overpayment demand, providers and their legal counsel must scrutinize the relevant provider agreement to ascertain what funds the health plan is permitted to recoup or offset against.

If you need the guidance of expert healthcare counsel regarding an insurance plan audit or overpayment demand, do not hesitate to contact our healthcare attorneys at 212-668-0200 or by email info@mdrxlaw.com.