Abbott Issues a New Round of Subpoenas to Many Pharmacies 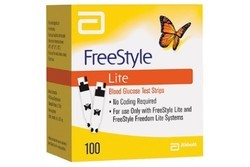 ​Pharmacies and pharmacists across the country are receiving subpoenas in a federal case filed in the Eastern District of New York.  In this case, a manufacturer of diabetic test strips, Abbott Laboratories, is suing distributors and pharmacies accusing them of importing and selling diabetic test strips intended for sale in foreign countries, the so-called "diverted" or "international" test strips.  The complaint in the case demands that distributors, pharmacies and their owners be held liable to Abbott for, among other things, trademark infringement and violations of the federal anti-racketeering law, RICO.  Abbott's stated goal is to entirely eliminate the distribution in the United States of the international test strips.  To broaden the potential reach of the lawsuit, Abbott has served hundreds if not thousands of subpoenas to entities and individuals not named in the complaint to obtain records showing whether a pharmacy had purchased such strips, from whom, and at what prices.  The subpoenas call for historical purchase data and records dating back 24 months.

A subpoena such as the one that Abbott has served is a serious legal document that should be taken very seriously.  Many pharmacies have received the subpoenas and responded to them to the best of their ability.  Many, however, have ignored the subpoenas or did not understand what was required of them.  A significant number of pharmacies will be receiving subpoenas shortly.

Properly responding to the Abbott subpoena requires careful planning and balancing of many factors.  One of the key themes of the Abbott case, and perhaps the most serious allegation from the point of view of a pharmacy, is that the diverted test strips are passed on to unsuspecting consumers who receive "insurance reimbursements they are not entitled to," effectively defrauding Abbott itself, other manufacturers of glucose testing kits, and healthcare payers, including insurance companies and the federal Medicare and state Medicaid systems.  As such, this case has many potential implications even to those entities that are not, and will not be, named in the complaint.

We represent several defendants in the Abbott case and have advised many pharmacies and pharmacists on dealing with Abbott's subpoenas.  You have legal rights, and we are here to protect them.  Contact us if you have received a subpoena or have been named in the Abbott suit so we can protect your interests.

Mr. Sauchik is a member of several professional organizations, including the American Health Lawyers Association, Association of the Bar of the City of New York, and New York State Bar Association. He is also a frequent lecturer on issues of concern to clients in the healthcare industry.

More posts from author
Thursday, January 28, 2016 Abbott Issues a New Round of Subpoenas to Many Pharmacies