OIG calls for "further scrutiny" of pharmacies and prescribers in connection with compounded drugs billed to Medicare Part D.

Pharmacies must be prepared to aggressively defend against this latest attack on the independent retail pharmacy industry. 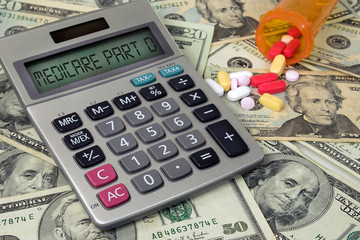 An explosive new report calls for "further scrutiny" of hundreds of pharmacies and prescribers in connection with compounded drugs billed to Medicare Part D.The report, issued by the HHS Office of the Inspector General, found that approximately 550 unnamed pharmacies had questionable billing for compounded drugs, and that 124 unnamed prescribers associated with these pharmacies "raised concerns."

In the wake of the report, pharmacies must be prepared to aggressively defend against this latest attack on the independent retail pharmacy industry: the report's conclusion noted that OIG would forward the list of the relevant pharmacies and prescribers to CMS with the recommendation that further investigation and/or action be taken. Pharmacies located in New York, in particular, must increase their state of audit readiness, as the report found that the New York area had the largest concentration of pharmacies with questionable billing practices.  Anonymous examples were offered in the report, such as New York area pharmacies that received well over $1,000,000 worth of compounded prescriptions from a single provider.

OIG conceded that its methodology for conducting the investigation was not perfect. Indeed, there are numerous legitimate reasons for prescribing/dispensing a compound drug, a fact that OIG noted. OIG nevertheless calls for "further scrutiny" of pharmacies and prescribers based on five measures indicative of possible fraud or abuse, including the number of compounded topic drugs ordered to a pharmacy by a single prescriber, as well as significant year-to-year increases in compounded drugs billed by a pharmacy. Other measures utilized by OIG included:

OIG found that some of these measures were indicative of a lack of medical necessity for the compounded drugs billed for; other measures, according to the report, raised suspicions of a kickback relationship. The report also focused on specific types of compounds, in particular those that contain lidocaine and diclofenac, as well as use of bulk powders, which, in the past, have been areas of concern for OIG and CMS.

The report concluded with a number of recommendations focused around increased oversight of compounded drugs billed to Medicare Part D. CMS separately concurred with these recommendations, effectively putting pharmacies and prescribers on notice that increased enforcement will be soon coming .Additionally, pharmacies must be prepared, as ever, to battle PBMs in the aftermath of the report: PBMs have, in the past, had access to OIG-CMS findings, and used such findings as a basis to deny pharmacies network admission.

If you are faced with a PBM audit or government investigation and need guidance of expert healthcare counsel, please do not hesitate to call the experienced healthcare attorneys in our Audits & Investigations Practice Group at 212.668.0200 or email the firm at info@mdrxlaw.com