Merger Mania: Exploring the Impact of ESI/Cigna and CVS/Aetna Mergers on Independent Pharmacies 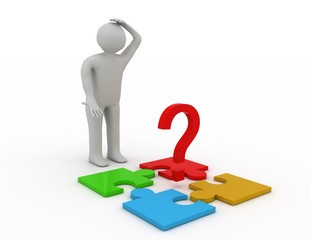 In a ground-shaking two weeks, the Antitrust Division of the U.S. Department of Justice approved multiple PBM/insurer mergers: first, the merger of Express Scripts Inc. and Cigna, and now, the merger of CVS Health (formerly CVS Caremark) and Aetna.  Both mergers marked major milestones. ESI was the last standalone major PBM, while the CVS/Aetna merger is the first between a PBM with brick-and-mortar retail pharmacies and an insurance plan.

Numerous experts criticized the mergers as further limiting already minimal competition.  Many have serious doubts regarding the claims that the mergers will lower consumer costs. Indeed, the wave of recent mergers—including UnitedHealth/OptumRx and OptumRx/Catamaran—failed to deliver on the promise of saved health care costs. Instead, many experts anticipate further domination of health care services within a geographical area by a single company, with little choice of networks for consumers or independent pharmacies.

Independent retail pharmacies must position themselves for the significant impact of these mergers. One effect will be the merged companies' desire to follow the industry trend of consolidating all aspects of consumers' healthcare into a single company. This is especially true for CVS/Aetna, who see CVS' retail pharmacy care as an entry point to providing a full range of health care services to consumers.  PBMs—who already push patients towards their own, lucrative in-house pharmacies—will now have an even stronger motivation for funneling patients to a full range of in-house health care services. Indeed, if the last major PBM mergers, i.e. the UnitedHealth/OptumRx/Catamran combination, offers any guidance here, there will be a major merger-adjacent push towards growing the PBMs' in-house mail-order, specialty and retail pharmacies.  Numerous lawsuits allege that merging PBMs increased their in-house pharmacy business at the expense of independent pharmacies, through unfair audit practices and terminations.  UnitedHealth/OptumRx, it is worth noting, is a wild card here: ORX is currently PBM for Cigna – but the expectation is that ESI will take over as PBM by 2020.

Pharmacies can also expect to see formularies narrow, including in the Medicare Part D context.This was a prime concern for DOJ regulators, who conditioned their approval of the CVS/Aetna deal on Aetna selling its Medicare Part D business to its subsidiary Wellcare.  Even with that sale, a reported 86% of the Medicare Part D market remains concentrated in the hands of ESI/Cigna and CVS/Aetna, or their subsidiaries.

For independent pharmacies, these uncertain times require the stability of strong compliance preparation and the ability to strategically maximize revenue within the boundaries set by rules and regulations and PBM contracts.If nothing else, pharmacies must take this as an opportunity to conduct a careful review and assessment of their business, and make sure they are not susceptible to the aftershock of these historic mergers.

If you are in need of expert legal counsel regarding a PBM audit or pharmacy compliance, do not hesitate to contact our knowledgeable and experienced attorneys in our Audit Practice & Compliance Group at 212-668-0200 or by email at info@mdrxlaw.com.
Tweet