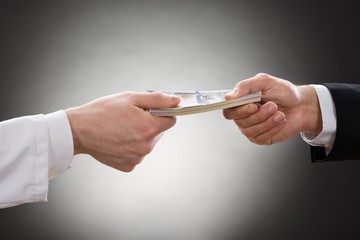 Calling the attention of every New York Medicaid provider reimbursing its billing/collection agents on a percentage basis, the New York State Medicaid Fraud Control Unit (MFCU) has recently sent out recoupment letters demanding repayments of Medicaid funds paid to billing companies under fee-splitting arrangements. Notably, the recoupments actions are aimed at providers, and seek the repayment of fees improperly paid to billing companies, plus interest.

MFCU grounds its findings on the Medicaid Update of March 2001, which mandates that "Billing agents are prohibited from charging Medicaid providers a percentage of the amount claimed or collected." The fee-splitting prohibition is the sharing of fees for professional services between licensed and unlicensed individuals or entities, intended to prevent any improper influences finances may have over the patient's best interest.Subsequently, the Medical Society of the State of New York (MSSNY) issued a clear warning to its members: percentage-based contracts between Medicaid providers and billing companies are improper and may result in adverse action by the state law enforcement agencies.

While considered industry-standard by many, percentage-based billing services reimbursement structures violate New York State Medicaid regulations as well as the New York State Education Law and the Education Department's regulations on unlawful fee-splitting. In light of the recent MFCU enforcement activity it is clear that providers must revisit their payment arrangement with billing/collection agents in order to avoid significant legal and financial repercussions.

In light of recent MFCU recoupment actions directly targeting providers, it is advised that physicians take affirmative steps to align their business relationships with Medicaid regulations emphasized by the recent enforcement actions. We urge all physicians and other Medicaid providers to review their billing and collections vendor contracts, carving out specific arrangements for Medicaid claims as necessary. Fees paid to billing companies should be based on time or flat fee for Medicaid claims. If you need the guidance of expert healthcare counsel regarding the structure of a proposed billing services agreement or if you feel an existing agreement may be in need of revision, do not hesitate to contact our healthcare attorneys at 212-668-0200 or by email info@mdrxlaw.com.