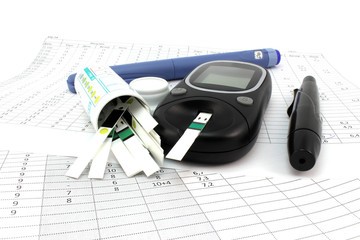 On March 28, 2017, Roche Diagnostics Corp. and Roche Diabetes Care, Inc. filed a lawsuit in the U.S. District Court for the Southern District of Indiana, entitled Roche Diagnostics Corp. et al. v. Binson's Hospital Supplies, Inc., et al., ​Docket No. 17-cv-0949 (LJM)(DML). The Indianapolis-based subsidiaries of the Swiss pharmaceutical company Roche Group manufactures, among others, Accu-Chek test strips. Roche is accusing a group of pharmacies and wholesalers of engaging in a scheme to defraud Roche of millions of dollars by exploiting the differences in pricing between ordinary and "so called" DME test strips. The lawsuit is also directed at unnamed pharmacy entities, called Pharmacy John Does 1-50.

We should expect that, just like in the Abbott's case, Roche will seek to expand the lawsuit to include other pharmacies and distributors among the defendants, or file similar cases in other jurisdictions. The use of third-party subpoenas is also possible.

Having represented multiple wholesale and pharmacy entities in a variety of litigation matters, the law firm of Sauchik & Giyaur, P.C. is acutely aware of the business and legal aspects of the business of pharmacy. This perspective allows us to effectively represent entities of any sizes in highly-complex and fact-driven litigation matters in state and federal courts. We can be contacted at info@mdrxlaw.com or at (212) 668-0200.

The First Amended Complaint is attached below: