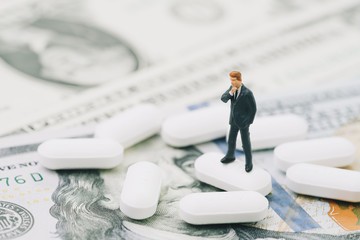 It is a familiar story - a pharmacy provider receives a PBM termination notice or audit findings, believes that nothing can be done, and gives up the fight.  Providers often fall into the trap of accepting PBM's narratives and not having a different perspective on what has taken place or what can be done to remedy the situation.  When faced with seemingly insurmountable odds, it is important to take a step back, escape the PBM's paradigm, and think of creative solutions to attack the audit or termination from a different, unexpected angle.

The pharmacy client asked our firm to argue to the PBM that it had attempted to comply with the PBM's demand and did everything it could, but its efforts, perhaps, fell somewhat short of full compliance.  However, when the firm reviewed the notices and findings, provider agreements between the pharmacy and the PBM, all communications among the PBM, PSAO, and the pharmacy, it became apparent that a different, not readily apparent, approach was more appropriate.  The firm, on behalf of the pharmacy client, challenged the legitimacy and applicability of the "credentialing requirement," the way it was supposedly interpreted by the PBM, and various notice-related issues.  Having stepped outside the box and not falling into the trap of accepting the assumption that the PBM was acting properly and legitimately, with our firm's help, our pharmacy client was able to have the termination notice reversed.

Our firm is at the forefront of helping pharmacy clients and other providers to deal with various PBM and third-party payor challenges.  We have developed effective approaches to most situations that arise in the context of PBM/third-party payor - pharmacy disputes.  Call us at 212-668-0200 or email at info@mdrxlaw.com to have us evaluate your situation.