The Next PBM Audit Battleground: Is Your Distributor Authorized to Sell Diabetic Supplies? 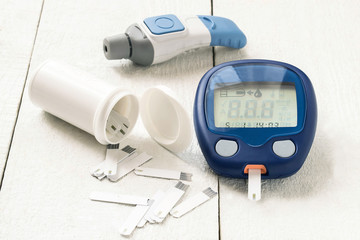 It appears that the next major challenge for independent pharmacies has been identified: the authorization, or lack thereof, of wholesalers to sell diabetic supplies purchased by the pharmacy.

Less than a year ago, CVS/Caremark unilaterally amended its standard pharmacy agreement to require that pharmacies only purchase diabetic supplies from so-called "authorized" distributors.  Notably, this authorization must come from the manufacturer of the product in question.  Manufacturers have been exceptionally selective in which wholesalers they authorize to distribute their diabetic supplies, which tends to drive up costs to the pharmacy and ultimately the end users.

The CVS/Caremark amendment became effective in September 2016, and pharmacies are beginning to see an uptick in aggressive audit practices.  Pharmacies have started receiving negative audit reports as a result of not being credited for diabetic supply purchases made from so-called unauthorized distributors, even when the supplies were purchased prior to effective date of the amendment. Pharmacies should be alert to the significant consequences that may ensue from these negative reports, up to and including network termination, even if there is no dispute that the diabetic supplies were purchased and the patient received the billed-for supplies.

If you have questions pertaining to a PBM audit or are a pharmacy currently being audited, feel free to contact the Head of our Audit Practice, Kristina Giyaur, Esq., by phone at 212-668-0200 or by email at info@mdrxlaw.com.